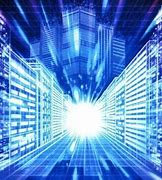 Rust is a survival game created by Facepunch Studios. The inspiration of the video game comes from multiple games of the survival genre. Its official launch occurred on February 8, 2018, although it was in early access since 2013.