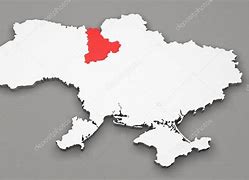 Ukraine says 2,000 civilians have been killed since the start of the offensive | United Nations raises to 875,000 refugees | Russia attacks Kharkiv, controls Berdiansk, enters Kherson and continues siege on Mariupol

Moscow offers this Wednesday, the seventh day of war, its first part of casualties: 498 soldiers killed and 1,600 wounded, according to the prestigious newspaper Novaya Gazeta citing the Russian Defense Ministry. The invasion of Ukraine has already killed 2,000 civilians, the country’s emergency services say. The bombings have destroyed hundreds of buildings, as well as transport infrastructure, hospitals, nurseries and homes. Vladimir Putin has hardened the offensive on this day with the launching of paratroopers over Kharkiv, the second largest city in Ukraine, where the fighting continues. The Russian army controls Berdiansk, in the Sea of Azov, has entered Kherson with force and continues the siege of Mariupol, totally surrounded, according to The Ukrainian authorities, although Russia assures that it is already taken. Meanwhile, the exodus of thousands of people continues. The United Nations has raised the number of refugees to 875,000. The economic war that the West has opened against Putin is beginning to take its toll. «Of course, Russia’s economy is under great pressure, a major blow,» Kremlin spokesman Dmitry Peskov admitted. The UN has overwhelmingly condemned the invasion. The Russians say that a new bilateral meeting will take place this Thursday to discuss the ceasefire.

On the seventh day of Russia’s invasion of Ukraine, Moscow has delivered its first casualty as it attacks the heart of big cities. EU sanctions are beginning to take effect on the Russian economy.

The UN General Assembly condemns the invasion. The Assembly has voted on a resolution condemning the Russian invasion of Ukraine urging Moscow to withdraw immediately and unconditionally. The initiative obtained 141 votes in favor, five against (Belarus, North Korea, Eritrea, Russia and Syria) and 35 abstentions and, although it is not binding, it shows the total isolation of Russia in the international community.

Russia admits its economy is under «great pressure» from sanctions. Kremlin spokesman Dmitry Peskov has acknowledged that the Russian economy is currently under «great pressure»: «Of course, Russia’s economy is under great pressure, it is suffering a major blow, I would say. There is a reserve of solidity, potential and plans, we work energetically. [The economy] will remain standing,» he said. The EU, for its part, has announced today new sanctions, among which it also wants to include cryptocurrencies.

Heavy attacks on Kharkiv, a key city in the east. The bombing of central Kharkiv by Russian forces has turned the streets of Ukraine’s second-largest city into a labyrinth of rubble and broken glass. Many of the affected buildings and the victims are civilians. The correspondent in Russia and special envoy of EL PAÍS to Ukraine Maria R. Sahuquillo has taken images of the Ukrainian city.

The mayor of Mariupol reports «massive casualties» and water cuts from the Russian attack. The Ukrainian port city of Mariupol has suffered «massive casualties» over the past 14 hours, while fending off Russian attacks, according to its mayor, Vadym Boichenko, who has not provided an exact death toll. The councilor has also denounced that «the enemy occupation forces have done everything possible to block the exit of civilians from the city, of half a million people.»It has also reported water cuts and that the city remains under Ukrainian control, despite the «continuous attacks» it is suffering.

Ceasefire negotiations. Russia expects to meet with Ukrainian officials on Thursday morning to continue discussing the ceasefire in Ukraine, according to Moscow delegation negotiator Vladimir Medinsky. The Russian army is providing a security corridor for the Ukrainian delegation, according to the same source, who mentions the Belarusian part of the Białowieża forest as a possible meeting place. The Ukrainian side is on its way to Belarus to attend the meeting, according to Ukrinform.

Ukrainians set up barricades to protect the largest nuclear power plant. Citizens and workers at Ukraine’s Zaporizhia nuclear power plant, the largest in the country and in Europe, are preparing to defend the facilities from Russian attacks. The Ukrainian Parliament has uploaded a video recorded with a drone in which it is seen how the population mounts barricades in the vicinity of the plant to try to stop the Russian troops.